Our Most Important Responsibility 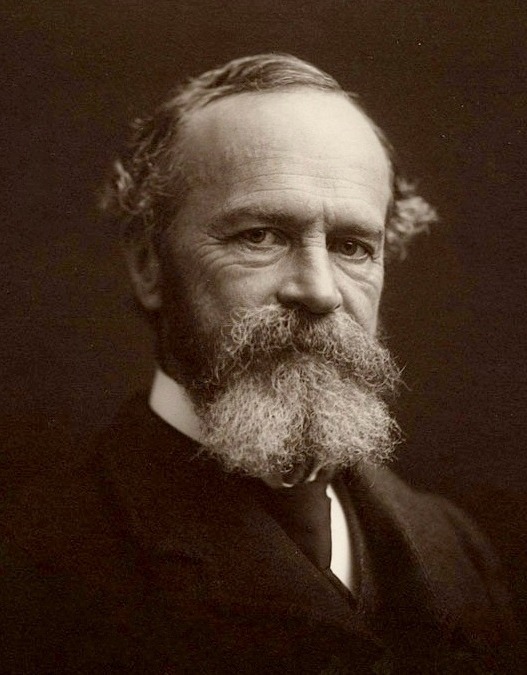 The story of William James

I bet that you have never heard of him!  He is a big deal, and I’ll tell you why shortly.

You walk in the door from work, kick off your shoes, say hi to the dog, and or cat, plop on the couch, find the remote and click the on button and 5 hours later you wonder what happened to the evening.   Or maybe you get on social media and look at everyone else posts and pictures and wonder why your life is not better?

Issues and problems are part of everyone’s life. It’s how we deal with these problems that make us who we are. Many of us get caught up in thinking about our troubles, continually, and that’s where we stay.  We don’t grow and mature because we are too wrapped up in ourselves. We worry about  — finances,  family, jobs, layoffs, divorce, etc.

So, who is William James?

He the father of psychology and ended up being very successful. However, James did not start this way. If anything it’s a miracle he made it in life as far as he did.

William James came from a wealthy family. He was a sickly child and teenager. He was blind for part of his childhood from an eye disease. His dad constantly berated him, and his brothers made fun of him. Everyone in his family was very disappointed in his lack of drive and being sick all the time.

When he graduated from high school his father not knowing what else to do with him sent him to Harvard Medical School.

James felt he didn’t belong there. After, he graduated he went to work at a mental hospital. He felt like he had more in common with the patients at the facility than he did with the physicians, so he failed at his job.

His father continued to belittle him.

He came down with a terrible stomach disease that left him barely able to move. He recovered after a while and decided to get away from his family for a while and went to Latin America where he might relax and heal.

Was the trip to South America what he was looking for?

James wanted to heal away from people who belittle him or brought his spirit down. The trip lasted for months and was very dangerous.

The party he was with left him behind because he became so sick and was unable to travel any further.  Somehow he made it out.

No one knows how but, he did.

What James Did Next?

James went to America next, where he became ill again, from some common disease found in the jungle and almost died.

He went from having one ailment to another. When he was well enough to travel, he returned to England.

His father lost all hope for his son.

William was distraught. He felt that the only way out was to commit suicide.

The decision that change his life

James made one last effort to turn his life around. In his journal, he wrote that he would take responsibility for everything that happened in his life. It would be an experiment to see if anything about his life would change.

Was he powerless to change anything about his life? If not, suicide was an option.  And so, he became fully accountable for every tiny detail, problem, matter, occurrence; you get the picture, all of it.

You lose your job. Your spouse passes unexpectedly. A  household appliance goes out. You can’t control these things. But you control your ability to respond to them.

His family belittled and made fun of him.

He traveled and almost died.

He was still sickly.

His dad made fun of him.

He wanted to commit suicide.

Responsibility the state or fact of having a duty to deal with something or of having control over yourself.

If you like this article please say so. Thank you for reading.

Theme by Anders Noren — Up ↑