How Chia seed increased my weight instead to help me lose weight, and I am pissed 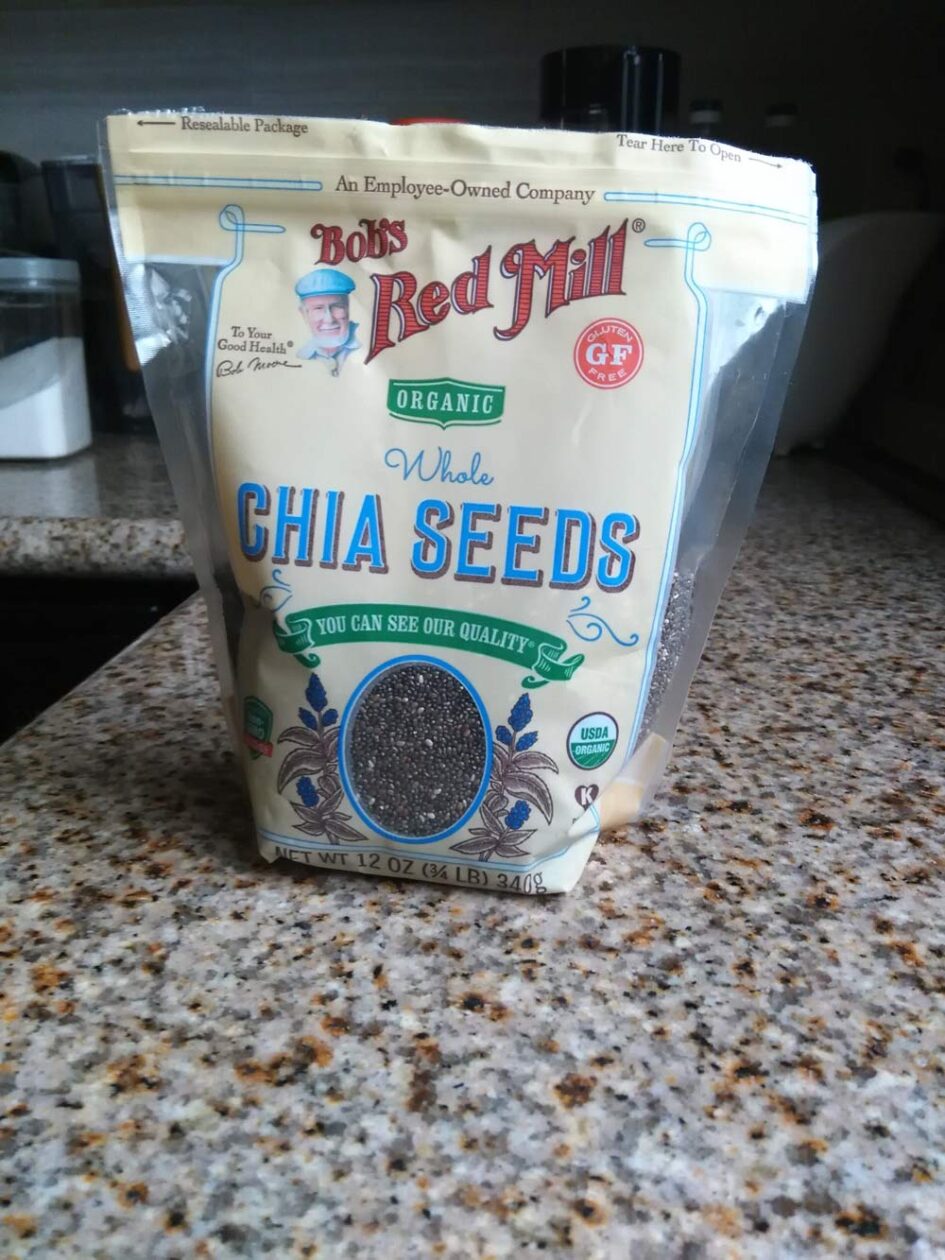 I have a friend ( a great friend) and she asked me to post an article here in our website. Everything she writes is her own experience.

Do not buy on Hypes, Chia Seeds is not good for weight loss, but great for weight gain.

This picture is my actual Chia seed package. I am very upset that so many articles tell you how great chia seeds are. Until few years ago no one heard of this so called supper food, now everyone advertise it, writes thousand of article and tells us how great is.

Its origin is believed to be in Central America where the seed was a staple in the ancient Aztec diet, and if you look at old drawings those Aztecs where pretty obese. Not to mention that they are extinct just some of their cultural beliefs survived (almost).

So how come in modern history we want to eat like old ancient extincted species.

The little chia seed is gaining popularity, so it’s worth a look. Chia seeds can be black or white (brown indicates that the seed is unripe). There is no difference nutritionally. White or black, this little seed has a lot to be proud of. Let’s talk about how it all began. The Aztecs boast the first record of Chia as early as 3500B.C. It was, in fact, one of the main foods in the Aztec diet. The prevalence of Chia continued for quite some time. Later, between 1500 and 900B.C, it was grown in Mexico by the Teotihuacan and Toltec people.

“Aside from being eaten whole, the chia seed was anciently used for many things. It was used in medicine, ground into flour, mixed as an ingredient in drinks, and pressed for oil. It was useful in that it could be stored for relatively long periods of time (perfect for traveling). In addition to these practical uses, the chia seed ran deeper in the blood of the Aztecs. It was sacred and used as a sacrifice in religious ceremonies.

The ancient civilizations believed that the chia seed provided supernatural powers. In Mayan, “chia” means “strength.” This probably has to do with the large amounts of energy provided by chia seeds. “

So why so much hype?

Now until few years ago no one has ever heard of Chia seeds, suddenly the internet was filled with how great chia seeds are to lose weight or to heal constipations.

I do not know about you but I had it with those lies.

I am on a very strict Keto diet, I am almost 55 female and I fight to lose last 10 lbs.

Because Keto creates constipation due to the fact that we eat less and mostly protein that is totally absorbed by our body and very few veggies, I decided o incorporate chia seeds.

So I was doing excellent in my weight loss journey but the moment I introduced chia seeds and only a teaspoon not even the recommended 2 table spoon , my weight went up like crazy. In three days I gained 3.5 lbs. I didn’t change anything else, I ate 1200 calories. I stopped chia seeds and now after 8 days finally I lost 2 lbs from the 3.5 gained.

I am so pissed that I decide to write an article.

My article might not get a lot of attention because I do not have a lot of money to advertise, but for some people that might get to read it, stop believing in miracles.

Aztec people do not survive past 25, years old, and you believe that chia will help you live longer? Wake up people!

The average life expectancy for an Aztec was only 25 years. This is based on studies of the age at death of skeletons found in burials from the Aztec period.

So what is in your mind people? How Chia seeds will make your life longer and better? If that was the case, wouldn’t they live longer?

Plus if you click the link above there are picture of Aztec people who are fat almost obese.

So this is what I wanted to say. Chia seeds are a gimmick created by food industry to make money.

I am from Europe, even before antibiotics, people there lived over 80 years of age, so eating meat, and vegetable is the way to go. Cooking everything to destroy listeria and e-coli also is a good rule of thumb. Food was cleaner before – and antibiotic free, but people still live longer.

If you put a little reading and research you find out that Greeks and Romans lived as long as people now with modern medicine, and even longer

The life span of humans – opposed to life expectancy, which is a statistical construct – hasn’t really changed much at all – Walter Scheidel

Wake up and smell the coffee, Chia seeds or acai berry, are just gimmicks for increase sales. There are no miracles. You have to eat less to lose weight, but it matters what you eat. 1200 calories, in low carb diet will give you excellent results, while 1200 calories in doughnuts, breads and crap will not help you lose weight.

This is my opinion – I am not a doctor, but a frustrated woman that lost almost two weeks on the journey of losing weight because stupid chia seeds.

These widgets are displayed because you haven't added any widgets of your own yet. You can do so at Appearance > Widgets in the WordPress settings.

Theme by Anders Noren — Up ↑